over a year ago I decided to change my transport and storage system for miniatures. Too many swords got stuck in foam and too much color has been rubbed off.

I decided to go with A-Case, a great all-in-one solution. With their latest Kickstarter (completed) I even decided to get another one. 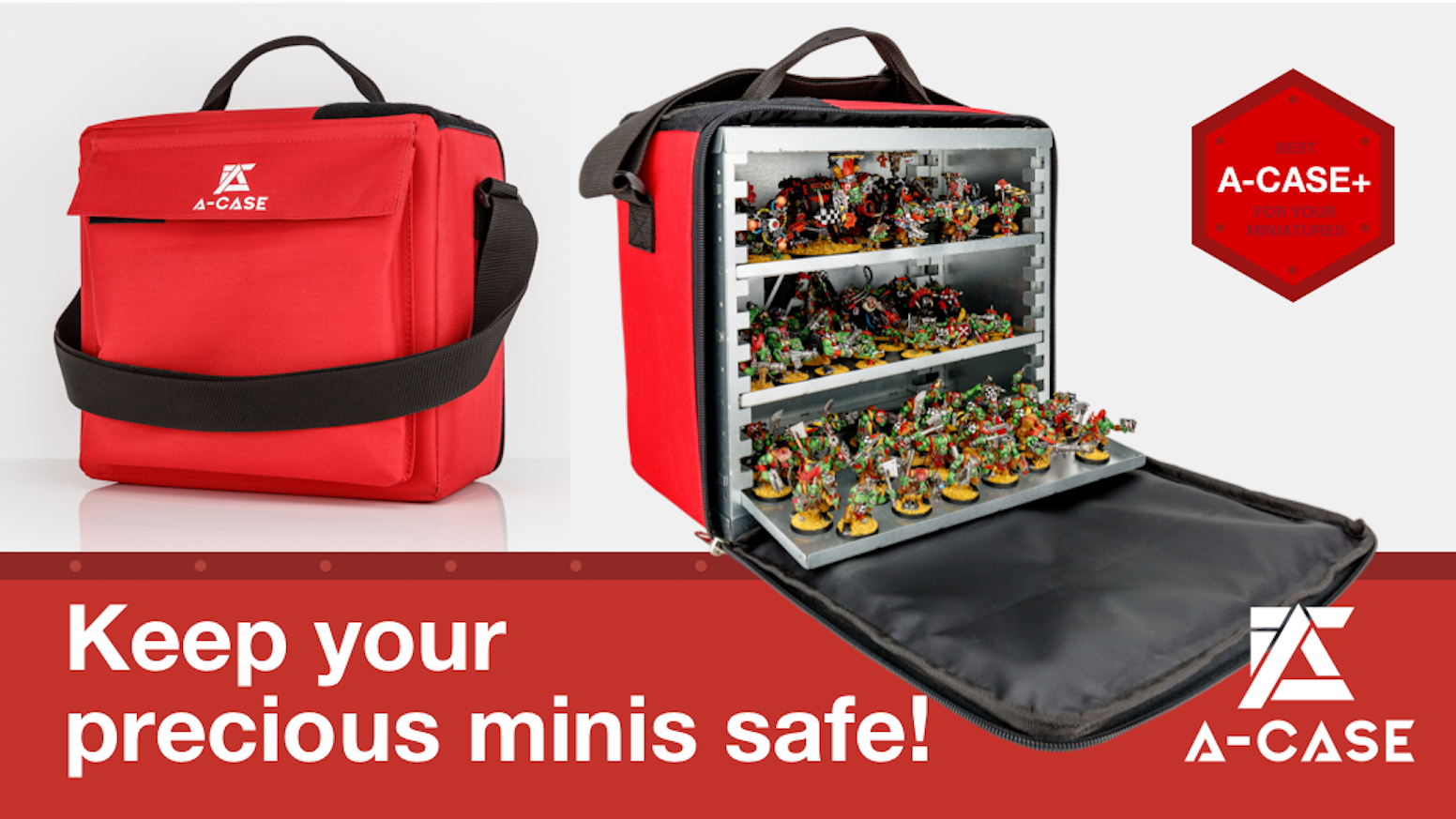 All in all, this is an awesome product (and it should be, it is not exactly cheap). I got my minis safely by airplane to the Interplanetario in 2017 and weekly game nights need some safe transport as well.

However, I found two small details that could be improved.

My solution is: laser cut inlays from cardboard and glued in army logos.

Step 1 was to figure out what models I have and since the project should be future proof what models I could have (full AVA). Using the army tool I listed all models I wanna own someday and their base sizes. (Something went wrong for me with this step … when I first dry fitted the models I realized I dont fit all models on the 3 boards. DOH!. Well I can build another one …)

Next, I used vector drawing software to design inlays, that fit in the trays of the A-Case, with cutouts for those models.

This time I ordered the laser cuts from a large internet service (Formulor (http://www NULL.formulor NULL.de/), the german version of Ponoko (https://www NULL.ponoko NULL.com/)) but I also had good experiences with small, local laser cutters. The large service provided strict design guidelines to follow, the local guy just wanted a PDF and confirmed the measurements.

Next step was to layout the logos to define which space is for which model. The logos are easy to get from Army (https://army NULL.infinitythegame NULL.com/) or Vyo’s collection (https://forum NULL.corvusbelli NULL.com/threads/high-res-logo-vectors NULL.380/). Using the laser cut design as guidance this was an easy step.

For a nice finish, I used a gray spray primer on the cardboard and a-case trays.

Once it was all dried, I glued the sheet with the logos under the cardboard and then in the tray. At the beginning of the project, I used a spray adhesive that worked really great. (Sadly my can went empty and I switched to wood glue … of course, the moisture in the glue caused some wrinkles in the thin paper.)

So try to use a glue that is low in moisture or use stronger paper.  On the other hand, you want to keep the paper thin or the magnets might lose some holding force. You can find the PDF’s and illustrator files I used in this dropbox folder (https://www NULL.dropbox NULL.com/sh/uvs8asd47t3oih8/AAABptDi5bnaP1EVQBz8p6zsa?dl=0).